It is time to celebrate the opening of some of the cultural institutions in the Hudson Valley. It is a good reason to support the nonprofit venues with a membership, whether it is a new one or an early renewal, for the mutual benefits of showing appreciation for the arts along with the perks that are being offered to the member. One such benefit of membership is early entry before opening day for the public, as well as continued offerings for appointment times that may not be otherwise available to the public.

I had the foresight to make an appointment to go to Dia Beacon on a members-only day prior to its scheduled opening. The appreciation of the familiar exhibits, as well as a few new ones that were installed since my last visit, was the backdrop to have conversation with the staff who were back to work after four months away from their on-site schedule, and to take in the open space and light and what I found myself calling, the 'sights of silence.' 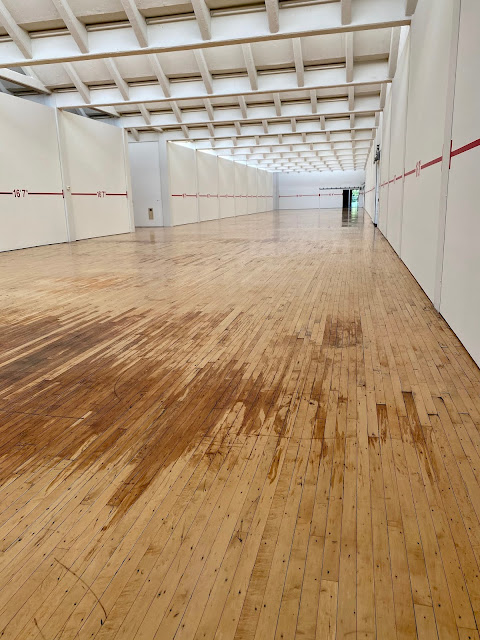 There was a contrast between a slight sense of agoraphobia when walking in the cavernous building where some exhibits had been taken down and claustrophobia if one decided to traverse the ship-like structures of Richard Serra that contain a labyrinthine like path to a center that feels narrow and deep. The both/and of the open sense of the space as well as the movement into the contained spaces felt like a metaphor for what is being endured during this pandemic: an open-ended sense of uncertainty along with a sense of being closed down and restricted. However, they are in justaposition with each other, almost in an accordion-like fashion, so that there is both an expansive movement into the unknown with the anxiety of uncertainty followed by a limited and finite movement into the here and now. 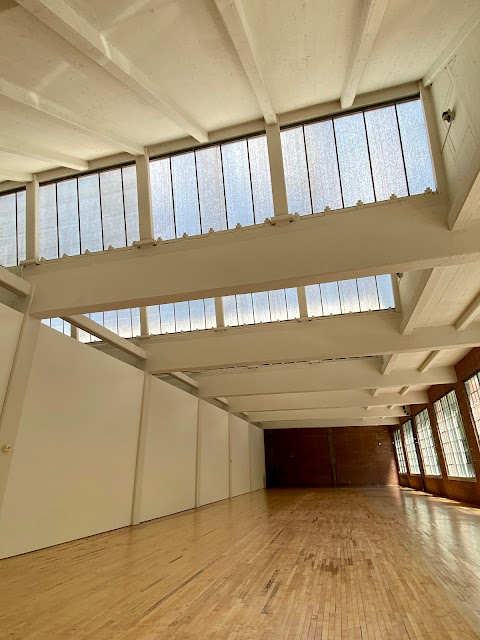 Food for thought:  An outing, an adventure, an excursion is necessary for an outlet from the ordinary day-to-day activities during this prolonged shutdown. There are benefits to making some plans to regain a sense of control, albeit an illusion, and only within a limited context, but it is exercising choice and free will. It is good to remember that freedom comes from exercising options that are diverse and close at hand, without choosing to be unsafe or reckless, and that the arts can influence our experience in extraordinary ways during these rare times.