This past Sunday, Indian summer was fully present in the Hudson Highlands, making last month's snowstorm a distant nightmare. Hikers gathered early in the morning at the foot of Mt. Beacon for a pre-Thanksgiving hike to get ready for the extra calories in the coming week. Local roads were getting congested as families made their trek to the various grocery stores and markets, including the new Wappinger location for Adams Fairacre Farms to retrieve the mandatory turkey, sweet potatoes, cranberries, bread for stuffing, winter squashes, pumpkin pie fixings, apple cider, as well as the specific seasonal delights such as, stalks of brussel sprouts, fennel, assorted mushrooms, artisanal cheeses and nuts, seedless grapes and tangerines.  Last minute shoppers made their way down to the waterfront to the Beacon Farmers Market to pick up a forgotten item or two like local maple syrup and honey or additional vegetables for yet another "side" dish. 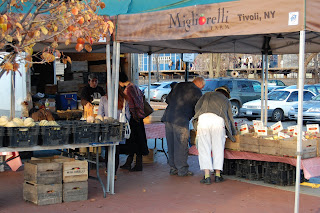 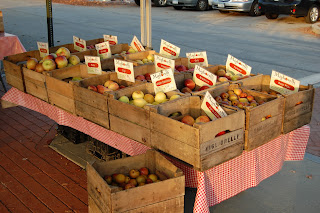 In many communities, the pre-Thanksgiving farmer's market is the last of the season until the following spring, but not so for our local market. I was both recalling and anticipating the week that the Sunday market retreats into the Beacon Sloop Club with its intimate space and smaller group of vendors around the tree that grows through the roof of the building and the blazing fire in the stone fireplace with its welcoming hearth. I relished the idea of that setting because of the warmth and genuine hospitality I felt there last winter after a difficult transition during my move and relocation in the midst of several snowstorms. As I was taking some photos and daydreaming, I met  a woman I'd known from Common Ground Farm, Dana Devine O'Malley, 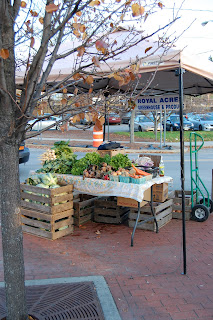 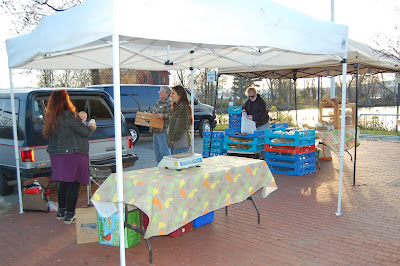 who is the new manager of the market. I shared my memories from last year and how I was looking forward to all the sensations of community around the fireplace again this year. To my surprise, she noted it was likely that the market would move this winter; that discussions were being held with Mill Street Loft to host the market at the neighboring Long Dock Beacon Park south of the ferry dock. I explained my surprise and my distaste for the proposition and she insisted I had been the only person sharing such fond memories and cozy images of the sloop club's space and that in fact, many vendors had stated they would not return this winter if it was housed there again! Falling short of becoming argumentative, as most people who have a minority opinion can become, I rallied, trying to be persuasive, and pointed out that an art gallery space, such as Mill Street Loft, seemed to be an odd, even inappropriate space for a farmer's market. I clearly was attached to my first impression of the Beacon Farmer's Market and found it difficult to imagine a new setting as its home this year. I had difficulty letting go. 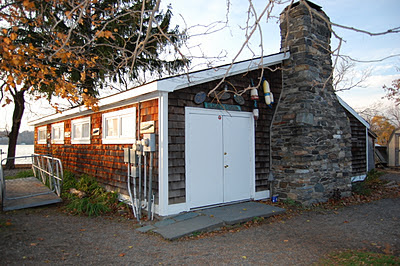 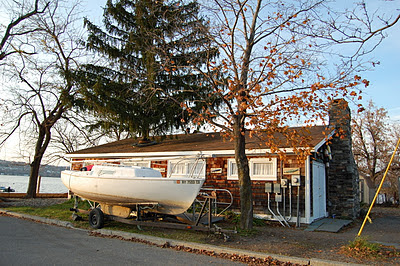 After taking photos of the Beacon Sloop Club, I walked over towards the potential new home of the market as if I were trying it on for size and attempted to take in this new information without  feeling defeated. I reminded myself that a prominent theme of late November with the last of the dry leaves falling from the trees is to "let go."
﻿
﻿﻿﻿ 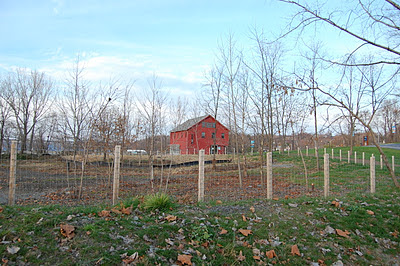 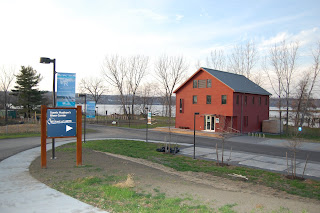 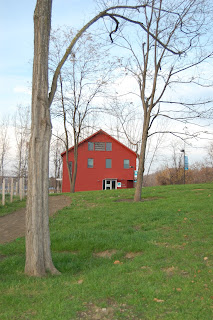 After the shock of this news, I made the decision to attend the evening concert to be held at "The" Beacon Theatre in Beacon. I realized I hadn't blogged yet about another Beacon "attachment" of mine, the renovation of the defunct theater on Main Street, which became one of my pledged commitments, after attending the kick-off fundraiser in September 2010 with Pete Seeger and Tom Chapin, to support 4th Wall Productions ' purchase and plans to revive this historical landmark, which was home to many an entertainer on the Borscht route from New York City to the Catskills. Perhaps it was knowing that Sonja Henie, the Norwegian Olympic ice skater who briefly became a Hollywood start performed at The Beacon that made me so fond of the building. But most likely it was knowing that a caring group of grassroots people (Owners Jim Brady and Christine Vittorini, along with Development Director, Pat Manning) want to rebuild and restore rather than knock down and resdesign a local multipurpose theater that would facilitate performing arts as part of the cultural scene revival in Beacon. So through the year I've been to several fundraisers for The Beacon Theatre including the one year anniversary dance party that truly announced a 'phoenix' is rising with completed major renovations to the lobby that can now be home to comedy shows, film, children's performances and concerts.
So to much delight, I arrived at the Robert A. McAlpine Grand Foyer  (a major benefactor/contributor and owner of the Roundhouse) to hear Red Molly as part of the Sukothai concert series. I only knew that Red Molly, a three-women band, was described as playing Americana music (bluegrass-gospel) and that they had received excellent reviews for their albums and performances at various festivals. Most of the attendees were "RedHeads" (the group's fan club) but it wasn't long before I felt myself having a conversation and began anticipating future concerts (and a yearning for henna.)
Some food for thought: Change and transition require emotional processing. It's easier to say 'let go' than to follow through and do it. But with the music of Red Molly acting like a balm to help with the unpredictability and uncertainty of adjusting to the daily hassles of life, I remembered how much melodic and uplifting music sung with soul and great lyrics can be an excellent way to cope with the all the 'small stuff' we stress over. The last song of the evening, of their last concert for this year's season, an a cappella version of "May I Suggest", was such an antidote; it was a beautiful reminder that accepting things as they are in the here and now lets you know that this is the 'best part of your life.' Flexibility and adaptability is a hallmark of good mental health. So is a thanksgiving reminder that life is good, full of blessings, changing us as we keep trying to hold on to the past. The trees know how to let go and accept the transition towards the new. We can loosen the leaves of our own expectations, assumptions and precious memories to pave the wave for new experiences and traditions, as a reminder to balance the old and the new.
Menu for Thanksgiving Dinner
Platter of assorted cheese, tangerines, grapes and nuts
Mesclun salad with pear, fennel, red onion, dried cranberries, walnuts and honey balsamic dressing
Raisin Pumpkin Bread
Cream of Butternut Squah Soup
Broiled stuffed Mushrooms with Italian Seasoning
Stuffed Turkey Breast with 3-bread/sausage/mushroom/seasoned stuffing
Sweetened yams with maple syrup, honey and butter
Roasted brussel sprouts with lemon pepper and olive oil
Creamed spinach with a touch of nutmeg
Old Fashioned Mashed Potatoes
Homemade Brown Gravy
Traditional Cranberry Relish with a New Twist of Candied Ginger
Apple Brown Betty
Dulce de Leche Ice Cream
Pumplin Chocolate Chip Cookies
Thansgiving Blessings
Posted by dr. nadine revheim at 10:09 AM No comments:

Some people are amazing. And many amazing people do so many good things. This past weekend brought me face to face with amazing people doing good things in and around Beacon: the volunteers, organizing committee and donors for the Common Ground Farm annual harvest celebration and fundraiser auction on 11/5 and Jim Heron, who presented his last BIRE authors' talk on 11/6.﻿
'It takes a village' to put together a well-planned event and that village included local vendors such as Homespun, Tas Kafe, Hudson Beach Glass, Beacon Pilates, Dance Beacon/Ballet Arts, Isamu, Sukothai, and Dia Beacon, The Roundhouse Beacon, Hudson Valley Shakespeare, Manitoga, Boscobel, all of whom generously donated goods, food and services for the benefit of our local CSA. The bidding wars for the silent auction occurred while patrons sipped on cider and spiced red wine and listened to Tiki Daddy play instrumental background music (jazz, Hawaiian, swing) that inspired serious auction bidders to mingle and weave in and out of hay bales and candlelit tables in time to the music to seek out special selections. The live auction, hosted by Mark Roland, was fast paced, but focused on getting the best bids for items as unique as a house and garden blessing by the priest from St. Nicholas Episcopal Church and a hand-powered lawn mower donated by Mark himself. I got involved in the fun by having a volley of bids for a glass bowl with a beautiful blond model who hails from Venezuela but now lives in Wappingers; the bowl went for $370, well over the $200 value, all for a great cause! Since I hadn't gotten to last year's auction because I got a flat tire on the way north, this year's involvement as a farm member volunteering some hours to help serve potables more than made up for last year's loss. And with a winning bid on the private Pilates lesson, I'll be inspired to get ready and be in tip-top shape for next year's event. 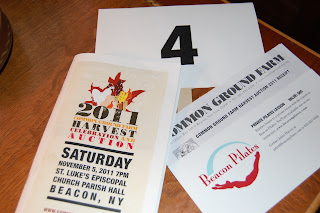 The highlight of the weekend, though, (as if the auction weren't enough joy) was being present for Jim Heron's last talk about his historical research, resulting in the published book, Denning's Point, A Hudson River History,  since he is now retiring for the second time after ten years of service to BIRE. Many Beaconites know of his 'discovery' that Alexander Hamilton resided on the peninsula during the Revolutionary War. But those who were present heard about his deeply moving, very personal and spiritually-healing work for the last decade; you see, Jim is an Episcopal priest who worked for a year in the morgue, blessing the remains of bodies found at Ground Zero following 9/11, during his tenure as chaplain in NYC. He retired from his work as a witness to the consequences of terrorism and walked into the caverns of museum archives, archaeological digs, and historical document searches in the Vassar stacks to find liberty, resurrection, and new life blown into the 'old bones' of Dennings Point. He told his truth about a wonderful journey of grace and healing for a wounded healer; his honest reflection was most touching. He says he is now ready for his next project, rising from the ashes and remains left behind; he knows it's time to move on with faith and continue the journey into the future.
﻿﻿﻿﻿﻿﻿﻿﻿﻿
﻿﻿Some food for thought: I started to muse about Jim's resilience, optimism and persistence and wondered about this balm that is found in the Hudson Highlands and its affects on so many of the residents in the area who have been true beacons of hope like Jim. Those we can name, like Pete Seeger, Fanny Reese, Samuel Morse, Madame Brett, General Howland, and those who remain anonymous, like the countless volunteers serving our local communities, schools, conservation projects, social justice initiatives, all for the sake of doing good. Volunteerism and finding passion in life is not only psychologically rewarding, but it is physically invigorating as well. Health effects of volunteering have been documented. Findings suggest that older volunteers, starting at ago 60, benefit more than younger individuals, but all individuals who volunteer service to two or more organizations, or 40-100 hours per year (i.e., 1-2 hours per week), have health benefits such as personal well-being, increased social networks that buffer stress, lower rates of depression and a longer lifespan. Taking time to engage in meaningful ways and taking on a project, like working with a CSA farm or asking 'what can I do to help', like Jim heron did when he first walked into BIRE, can become part of a positive reinforcing cycle that leads down the paths where others have walked, but also where you can blaze new trails of life sustaining work. For those of us heading towards age 60, it's time to reach out in our communities and start to build our very own and new, passionate road for the future.