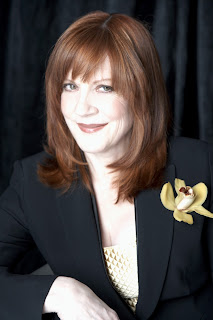 With a repertoire that embraces Basie and Bach, banjos and bagpipes, the Beatles and the Bard of Avon, Laurel Massé is a singer without borders. She began her career as a founding member of The Manhattan Transfer. Her solo recordings, Alone Together, Easy Living and Again have been applauded by People, Billboard Jazz and The Absolute Sound. Her most recent recording, Once in a Million Moons is a classic partnership with arranger/accompanist Hubert “Tex” Arnold, long-time music director for the great Margaret Whiting. Ms. Massé has also appeared on recordings by Barry Manilow, percussionist Layne Redmond, songwriter Carol Hall, and banjo master Tony Trischka, among others. While living in NYC, she was a member of the professional choir of the Cathedral of St. John the Divine. Current, Ms. Massé resides in the Hudson River Valley in upstate New York and she teaches master classes and offers private coaching in song interpretation, improvisation, and performance for professionals and amateurs. She is a long-time instructor at Ashokan Music and Dance Camp and at The International Cabaret Conference at Yale, and has lectured and led master classes at prestigious institutions such as Dartmouth and The Royal Academy of Music (UK).
Visit www.laurelmasse.com