Two weeks ago, I attended a well-run and very organized meeting for the Hudson Highlands Fjord Trail at the Chalet on the Hudson down by the Breakneck Ridge tunnel on Route 9D. There was an overwhelming turnout for this "final" public presentation of the proposed development plans. I was impressed with the slide presentation that broke down the project into seven segments: (1) Cold Spring station to Little Stony Point; (2) Little Stony Point to Breakneck; (3) Breakneck Ridge to Metro North railroad whistle stop; (4) Metro North Whistle stop to Dutchess Junction Park; (5) Dutchess Junction Park to Fishkill Creek; (6) Crossing Fishkill Creek; and (7) Fishkill Creek to Beacon train station. The initial segment of the project will begin this summer with the expansion of the Washburn parking lot and improvements for walking and biking along Fair Street to Little Stony Point.  The environmental review and draft master plan will proceed during 2015-2016 with ongoing community and public input. The next phase occurs in 2016 with funding already provided for the Breakneck connector in segment three above. Needless to say, this is a very large and expensive undertaking and is not without controversy. Specific information about the development plan can be found on the Hudson Highland Fjord Trail website and the slides from the presentation can be found on Scenic Hudson's update on the project. 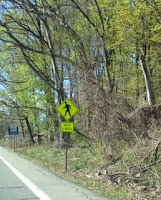 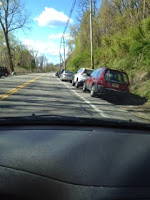 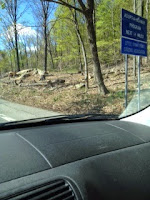 One of the members of the audience asked a question about the 'f-j-ord' trail, clearly enunciating a hard 'j'. I realized that many people might not only know how to pronounce this Norwegian word correctly, but they may not also know exactly what a fjord is!

The best way to describe the correct pronunciation for the word 'fjord' is to think of 'fj' as a blend of 'f' and 'y' in one syllable (making it a unusual dipthong in the English language) -- 'fy' followed by 'ord' (like 'orb' with a 'd') which maintains its monosyllabic nature. You may want to ask fellow Beaconite Sunny Gandara, who hails from Norway and who writes the blog Arctic Grub, to say it a few times the next time you see her. (Today would have been a perfect day since it is the Norwegian holiday celebrating its constitution, which was written 201 years ago. Happy Sytende Mai -- 'congratulerer med dagen'!)

A fjord is an inlet from the sea that has been formed by glacial movement. Technically, the fjord in the Hudson River near Storm King mountain qualifies as such a formation since the valley was formed from glaciers moving southward through our region and the river is tidal from Narrows Bay to Albany. Of course, the fjords of Norway are the most famous, dramatic and majestic, but the view from river in this region is reminiscent of the fjords in the new world. 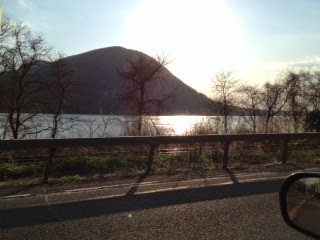 So it is exciting to think of the natural beauty of the region being enhanced by improved access for walking and biking along an historic area north of West Point to Newburgh Bay, by the roadside, close to the river and through the woods. It will create the opportunity to slow down the travel from Cold Spring to Beacon paralleling the train ride that never fails to amaze someone seeing it for the first time or on a daily commuting basis. The fjord, the river, the mountain, the trees -- it cannot get much better--or so it seems. 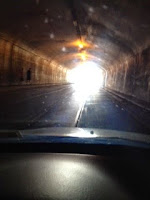 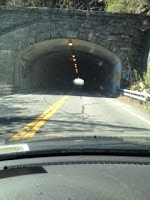 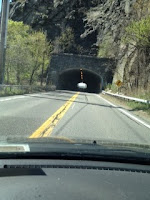 But it can get better since the safety for pedestrians and hikers and vehicles in the 9D corridor from Cold Spring to the Breakneck Ridge whistle stop leaves much to be desired. I travel the route twice daily and have witnessed cars that pass on a double yellow line, speeding cars going 65 mph and passing two to three cars at a clip, eager hikers standing in the road right outside of the north end of the Breakneck tunnel, bicyclists navigating parked cars hoping someone doesn't swing the door wide open without looking, as well as garbage piles along the roadside on any given Monday after a weekend of hikers, It's an accident waiting to happen---including the possibility that any incident at the Indian Point nuclear power plant could necessitate emergency evacuation through the region on a busy hiking weekend just like the recent fire in the transformer on Saturday, May 9th brought to mind. 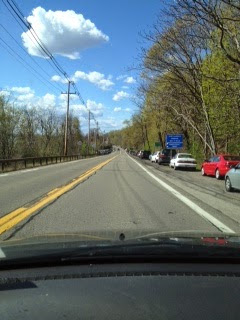 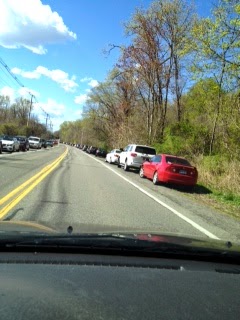 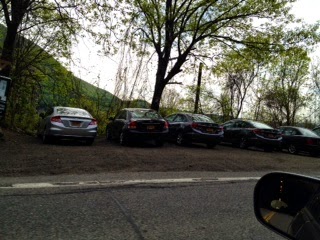 Food for thought: Some ideas and suggestions that might not have to wait until the final approval and funding of the Hudson Highlands Fjord Trail comes to pass include the following: (1) lowering the speed limit through the corridor immediately; (2) posting no passing zone signs and having double lines only; (3) reclaiming the small parking area near the Breakneck trail head for emergency vehicle parking only and sufficient space for large garbage containers; (4) hosting a campaign offered by Leave No Trace for outdoor ethics to educate hikers about conservation and respect for nature; and (5) raising awareness that free parking should not be taken for granted with outreach and publicity to support the Empire Passport program, which supports state parks through its parking fees. Most of these suggestions would benefit the local people driving through the area on a daily basis, not only when hikers are present, and the suggestions would enhance the experience for all the visitors who may come to conquer Breakneck, but who could learn more about respecting and treasuring the highlands for future generations.