Summer seems to be flying by. I see that I had no posts in July; there just wasn't enough time to do everything and write about it too. So I thought some highlights were in order. The next several posts will showcase some of what happened in Beacon betwixt and between the heat wave of the summer of 2013.
Second Saturday in July was the last for Gallery 508, owned by Jens O. Bille, a Danish-born artist who designed for Georg Jensen, and his wife, Betty Ann Lopate. They operated a very special and successful gallery on the East end of town for a couple of years before Roundhouse came to town. They featured works by Jens - handcrafted jewelry and landscape paintings reminiscent of scenes from Babette's Feast, filmed in the coastal areas of north Denmark - as well as local artists who were showcased in monthly exhibitions - Christine Hartman and Barbara Koffsky among them, and an assortment of antique sculpture and porcelain collectibles. For those who will miss seeing Jens in person, have no fear. He will continue to be a presence in Beacon and online for all his patrons. 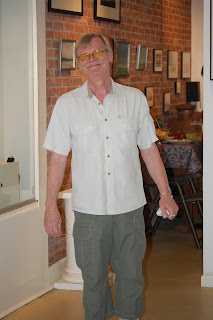 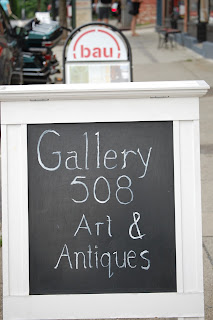 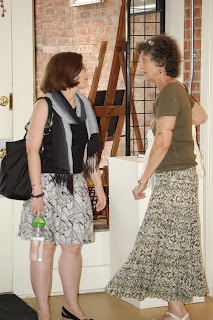 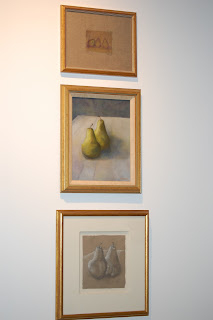 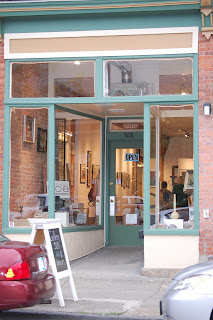 ﻿
Some food for thought:
It's always hard to say goodbye to friends. Even when goodbyes are not really goodbyes. Transitions and changes come in all shapes and sizes. The familiar turns into the unfamiliar, we adjust, and we eventually get used to the idea that the old has passed and the new has arrived. We habituate to the old and we adapt. to the new We crave novelty in order to broaden our repertoire. The cycle is a natural way for us to move on. We are the better for it. We take the 'old' with us and never lose it. So long as we appreciate it when we had it, we will never long for what was. We will accept what is. And become what will be.
﻿
Posted by dr. nadine revheim at 7:34 PM