This may go down as the winter that never happened in the Hudson Highlands, especially when compared with last year's, but during the coldest week in January, multiple events in Beacon helped sustain me until my bronchitis cleared and the days started to lengthen into what will most likely be an early spring.  I still revel in the sights and sounds of the talents of the world-renowned Jeremy Denk who played Mozart sonatas on an impeccably tuned piano for the Howland Chamber Circle classical concert series at the Howland Cultural Center (on January 15th and then again on February 12th) and the iconic Pete Seeger who was joined by his friends, the Rivertown Kids, Sara Underhill, David and Jacob Bernz, Guy Davis and drummers Figueroa and Haynes, among others, to continue the legacy of Martin Luther King's call for social and economic justice at the MLK celebration (on January 16th). Pete spoke about the March on Selma and the bombing of King's home and led everyone in singing "Follow the Drinking Gourd" with fellow banjoist Travers. A rousing duo, Emma's Revolution, sang out about "occupy" and contemporary issues of inequality and injustice in our country, which finally answered my burning question of who will follow in Pete's footsteps to "raise their voice." 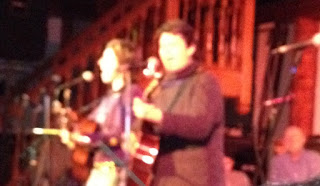 Sitting in the audience for the two disparate events in the same venue, I mused how this felt like the epitome of freedom of choice and diversity. And to think it's happening in one small river town community and in one 135 year old historic building continues to fascinate me. And I didn't even mention that the visual art complimenting this auditory smorgasbord was a photojournalist Ronnie Farley's exhibit of cowgirls, which opened January 7th and ran through January 29th. Ms. Farley, a Beaconite, traveled the west in the 1990's and chronicled the rodeo women, cow hands and sheep herders who happened to be female, with informative text and black and white silver gelatin prints from her travels. The juxtaposition of these portraits of women who coraled the audience and were serenaded by Jeremy and rallied to act by Pete and friends was another testament to the local talent and genius in our midst.

From the east side of Main Street, we are connected to the museum-quality photography gallery, Fovea, on the west side of Main Street, where Ms.Farley is a member. Fovea rocked Second Saturday events in January with a 2-1/2 hour panel presentation about the exhibit, "Gays in the Military". Vince Cianni, the photographer, was joined by four of the gay men he interviewed for his project documenting the effects of "Don's Ask, Don't Tell" (DADT). The servicemen--one still active, two discharged under DADT and one who was allowed to retire-- were joined by a local psychiatrist who edits a journal about gay and lesbian issues for the American Psychiatric Association. The level of authentic and honest sharing by the would-be victims of DADT clearly underscored that their resilience and use of available social support allowed them to be survivors who continue to thrive as they reach out to others who were diminshed by DADT. The photos, along with extensive personal narrative transcriptions and audio recordings taken from the interviews were at the gallery through the first week in February but thereafter will reside in archival storage at Duke University. (Fovea's current show documents the Occcupy Movement: another testimony to its cutting edge vision and mission.)

Topping off that memorable week in January was a visit to the Beacon Sloop Club for its Friday night lecture series featuring Jessica DuLong, author of My River Chronicles: Rediscovering America on the Hudson, a memoir of a dot.com entrepreneur turned marine engineer whose hands-on learning occurred on the John J. Harvey fireboat while cruising up and down the Hudson River. Her new book will document the rescue of citizens during the frenzy of 9/11 by a variety of boats, ships and vessels from lower Manhattan.

Some food for thought: Beaconites have the privilege of residing in a community-oriented town at a time when culture, intellect, emotion, and process intersect with the ordinary lives of some extraordinary individuals who share their visions and otherwise take risks to put themselves "out there". Participation in the varied opportunities does not seem optional; you can choose to take an active role as a witness or be inspired to find where your own talents lead you. But the time is now; spring is on its way. 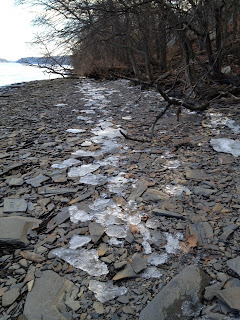