Beacon Bits -- Out of Sight, Not Out of Mind

There's been a long hiatus or a brief hibernation since I've posted my last blog. I think the pause was mostly related to my reaction to changes that occurred in the fall and I'm not just thinking about the closing of some of my favorite Beacon venues like Gwenno James, or Clay, Wood, Cotton and the opening of newcomers Glazed Over, beetle and fred, and the renovated Beacon Hotel. Comings and goings are all a part of life, but some are harder than others to accept or embrace.

So when in doubt, I remind myself of the basics that an anthropologist once said in a plenary session I attended, "stick to the knitting." So stick to the  knitting I did! I made hats and scarves with a group of knitters, Knit Us As One, who met at St. Andrew's Episcopal Church from late fall through the  winter in order to donate them to the food pantry for giveaways during weekly food distribution hours. 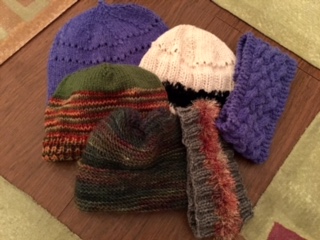 I knit a pussyhat for a Beaconite attending several marches in DC, including the historic Women's March on January 21st. And it's not too late to knit additional ones! 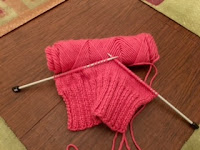 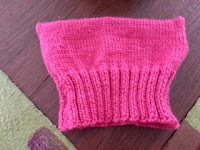 And I knit and felted a bowl, entitled 'Let's Get to the Bottom of This', and donated it to the fundraising initiative that Eleni Smolen hosted for the sponsorship of 2017's Beacon 3D project, Bowled Over,  held at Theo Ganz Studio on February 24-25, 2017. 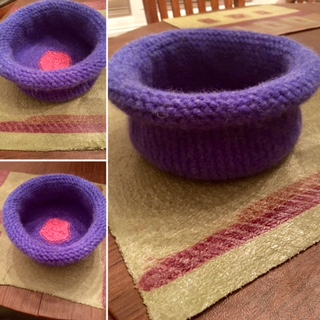 So it was a productive hiatus, a creative hibernation, as well as an attempt to heal the mourning, angst, righteous indignation and horror related to the politics and cultural upheaval in the U.S. I am reminded of  the slogan, Think Global, Act Local and hope that it is revived for the best development envisioned for Beacon, which is a microcosm of our society during this transition. Options abound for inclusion and sustainable development vs. the potential greed and egocentrism of entrepreneurs gone awry.

Food for thought:  It is important not to give up. "She was warned. She was given an explanation. Nevertheless, she persisted." Just another way of saying,  it's time to  'stick to the knitting.'