When I first moved to Beacon, I wanted to do what I always did when moving into a new community; get a library card.  But when I saw the facade of the Howland Public Library on Main Street, I was disappointed by the building and delayed my visit to the circulation desk for ten months! I felt more at home frequenting the Howland Cultural Center, the original library in Beacon, built by General Howland and designed by Richard Morris Hunt, in its Norwegian Gothic form. That felt like home and each time I sat in the large open space, which had been the circulation desk, looking up to the stacks on the balcony and to those all around the first level, I imagined that I was still sitting in the library itself. 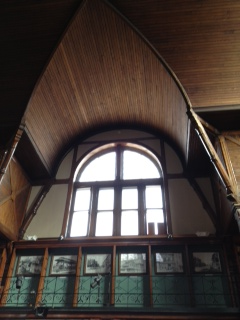 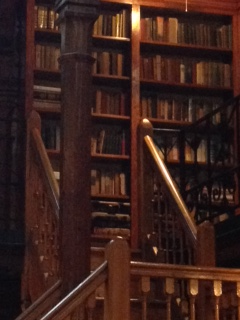 I think all of this reminiscing of the grandeur of the old library emanated from my having left behind an edifice built by the philanthropist Andrew Carnegie in my last community down river. And the realization during my membership there that the local library where I grew up was also a Carnegie legacy; the South Brooklyn branch.  That beautiful building was torn down in 1970 when federal funding and the awareness of 'handicap accessibility' intersected. The old, classic structure was replaced with a new cinder block and brick building, a big box version of the 'new and improved' community libraries that were cropping up in many towns.


But I am a pragmatic realist and I do believe in supporting the public library, so I had to overcome this traumatic association with my childhood historic landmark that was torn down rather than preserved.  After all, Beacon does still have the original Howland Public Library to appreciate in its second life as a community center filled with music, art, poetry, protests, fundraisers and more. 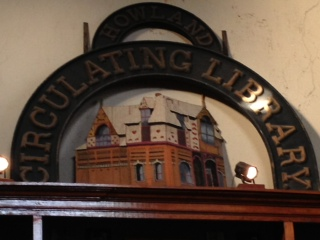 So my affiliation to the new library grew as I came to embrace all of Beacon's Main Street, appreciating the upgrade to its new facade (see blog post dated 12/31/12), and eventually becoming one of the Friends of the Howland Public Library (HPL.) The group of Friends is dedicated to assisting the library in its mission by supporting projects and raising funds to supplant the ever-dwindling public funds for the important and ever-expanding educational purpose that a library serves in its community.

Hence, my involvement with the Friends during the annual Fun Fundraiser on President's Day in February (Monday, 2/18/13) -- an event with music, puppetry, performance artists, raffles, food, face painting, and shared information from community groups focusing on young families.  Volunteering to help sign up new Friends gave me a better sense of the vibrancy, the resources, and the central role the library still has for young children growing up in a town where walking to the library is still a possibility. It may be early to put the date for next year's event in your calendar, but I'd say the Fun Fundraiser is a keeper for building community spirit and commitment to honoring the longstanding relationship we have as citizens with a free library.  ﻿﻿﻿ 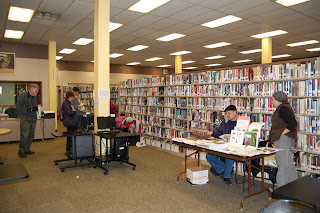 There were two especially delightful moments of the day:  seeing a young reader reach out to the friendly owl who was the mascot of the event and seeing the winner of the raffle's prized gift, a signed copy of Puff the Magic Dragon by Peter Yarrow.  The winner actually got to select the book even though she was the third person chosen with a winning raffle ticket.  Two individuals passed it up to her delight; she thought her mom would be especially proud that the legacy of Peter, Paul and Mary would be passed on to the second generation in the same family. 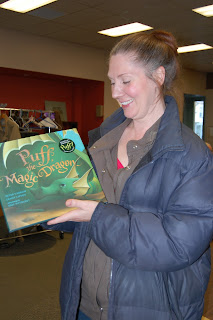 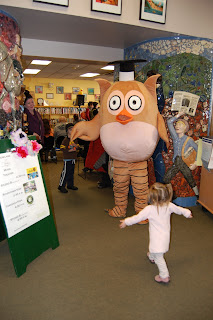 Food for Thought:  Like the age old proverb says, "don't judge a book by its cover." Stop by the HPL and don't forget to sign up to become a Friend. And please don't let yourself get 'shelved' in the same way that this posting got waylaid along the way!
Posted by dr. nadine revheim at 10:20 PM