Resolutions are always made to be broken. So I'm not planning to write about my resolve for the coming year. I will take into consideration what I have learned about the effectiveness of goal setting rather than succumbing to the tradition of the New Year. To truly change behavior, one needs to be mindful of one's interest and motivation to do so, and then be painfully aware of the patience required to develop new habits. Breaking down the goals into measurable and attainable 'baby steps' is imperative. So is rewarding oneself sooner rather than later; delayed gratification is never effective. Modest expectations and recognizing one's progress, however slow, will be reinforcing. The "tortoise effect" is real. I believe this is somewhat true for two issues that have been important to Hudson River Valley residents who have voiced opposition to fracking in the Marcellus Shale and who are against the re-licensing of Indian Point. Within the past year, activists have gathered, emailed, protested, raised funds and awareness and reached a critical mass that has gained steady momentum over time.
I'm pleased to report that as 2011 comes to a close, some minor victories have been won:
(1) Entergy lost an appeal with the NRC "A federal commission dismissed an appeal from the owner of Indian Point Energy Facility on Thursday, declining to hear arguments on a previous ruling requiring the company to beef up its plan to deal with major accidents" suggesting that emergency procedures related to its proximity to the Ramapo fault need to be addressed before re-licensing for 2015 can proceed; and (2) "The action of the Delaware River Basin Commission (DRBC), to postpone its vote on natural gas drilling and hydrofracturing (“fracking”), demonstrates both the critical importance of this watershed and the political power of the natural gas industry." Both of these 'victories' have been the result of forces that want to contain reckless energy development and curtail corporate assumptions that their rights and values are more important than quality of life in the near and distant future for all residents. These are initial successes, however small, that speak to the need for continued lobbying and activism on both fronts.
Some food for thought: It would be great if there were some 'Public Service Announcements' about energy conservation to highlight the need for ongoing behavior change related to our interaction with the precious environment we live in. (Maybe this could be a theme for Beacon's Electric Windows 2012.) If we want to deter development of deleterious energy sources, we have to look at our side of the equation as well. If we require less power, we are responsible stewards of our limited natural resources. So here are the "top 10" small steps to take for daily care and concern for the use of our natural resources to keep 2012 green.
1. Turn off the computer, TV and lights when not in use. Avoid outdoor lighting unless absolutely essential for safety or visibility.
2. Stack the dishwasher to capacity; use the energy efficient cycle and run early in the AM when rates are lowest because use is down.
3. Turn off the faucet while flossing in between brushing.
4. Recycle, recycle, recycle.
5. Learn to compost.
6. Respond to email requests to sign a petition or write a letter or make a phone call to officials in support of conservation issues.
7. Plan for your next vehicle to be hybrid.
8. Join Scenic Hudson, our region's steadfast advocate for land conservation and sustainable development.
9. Follow the Rivertown Kids and learn some of their lyrics and environmental tunes
(e.g., Solartopia, It Really Isn't Garbage).
10. Pick up litter that you see when walking down Main Street in Beacon.
Make 2012 a green leap of faith with modest behavioral change that with slow and steady action that is guaranteed to truly make a difference. After all, the hare thought he could slack off and still win the race, but the tortoise stands alone as the iconic example of how slow and steady always wins the race. 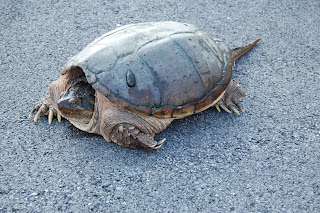